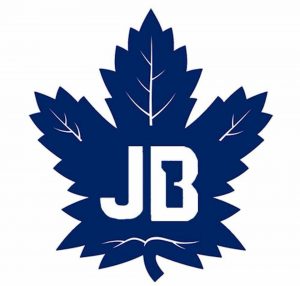 The Johnny Bower Foundation was established by the family of the legendary hockey goaltender after his passing in December 2017 to continue his legacy of supporting charities across Canada.

In 2010, JB was honoured by the Government of Ontario with an Ontario Senior Achievement Award for his long-term commitment to charitable work in the Province.

In 2007, he was made an honorary Anishinabek Grand Chief for his support of the Anishinabek Nation 7th Generation Charity and was the only honorary Chief in the history of Peel Regional Police.

Contributions to the Johnny Bower Foundation will ensure that these causes continue to be supported. 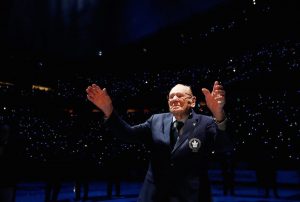 He played 13 seasons in the minor leagues before embarking on a 13-year NHL career with the New York Rangers and Toronto Maple Leafs, backstopping the Blue and White to four Stanley Cup championships in an eight year period.

But his true legacy is his community involvement.

He was renowned for taking the time to talk with fans, sign autographs and lend his name to fundraisers across the country. He has inspired generations of Canadians to give back to their community and his legacy continues with the Johnny Bower Foundation.

To donate online: Please use the form below.

To donate by mail: Gifts of cash (cheques, money orders, etc.) can be mailed to:
Toronto Foundation
33 Bloor Street East
Toronto Ontario
M4W 3H1
Cheques can be made payable to Toronto Foundation, with Johnny Bower Foundation noted in the memo line.