Board member Greg Wilkinson on #TorontoStrong 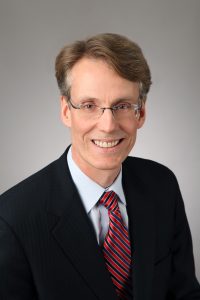 Like many Canadians, I was bewildered when I first heard about both the van attack and the Danforth shootings. My instant reaction was – not here, not us – followed by the sinking recognition that yes, it happened in our community.

At first, I didn’t see a connection to Toronto Foundation. As a member of Toronto Foundation’s Board of Directors, I know our work is focused on long-term city building, not dealing with horrific crises.  And so, I initially thought, somebody else will take care of all that, right?

Yet it quickly dawned on me how ill-prepared we are as a city to handle the inevitable outpouring of donations after a major tragedy. We have no systems, no processes and little experience to help collect and distribute funds for the victims. Knowing this, Toronto Foundation staff asked the simple question: “if not us, then who?”

Without hesitation, we stepped in and formed a partnership with the City of Toronto to coordinate the thousands of donations made to #TorontoStrong Fund. Together with the City, we built a process that made giving easy, and would make the eventual distribution of funds to the victims equitable. Though it’s not part of Toronto Foundation’s mandate, in times of great need in our city, we always want to help.

Like many Torontonians, I tried to contribute in some way. As a member of the Toronto Foundation’s Board of Directors, I supported former Toronto Mayor Barbara Hall as she tried to do the gut-wrenching work of measuring the victims’ needs and disbursing donated funds in an equitable way.

Throughout the process, I asked myself more than once if it was right to compare the damage done, the shredding of lives, and to say that one is somehow worse than the other. I continually sorted through doubts and discomfort about how this could be done fairly.

But working with Barbara changed me. As I watched her listen and talk to victims and their families with compassion, and seek out learnings from other cities who had experienced similar attacks, I came to understand our work in a different way. The agonizing choices we were making were necessary in order to channel donor’s generous gifts to where they could do the most good.

And then came a stunning and life-affirming moment for me. Many of the victims began offering their allocated funds to other victims whose pain and suffering was greater than their own. People who had been directly, powerfully and painfully impacted by trauma few of us can even imagine, were being just as generous with each other as donors had been with them.

I felt a jumble of chaotic emotions: humbled, proud, grateful, and profoundly reassured that humanity and goodness is all around us. It is, in fact, inside us all.

Communities are built on modest gestures and grand ones. But they are fundamentally built on people caring for and about one another.

In this city, we have that. Let’s seize it. Nurture it. Teach it. Role-model it. And most of all, celebrate it.